UNHCR My Life as a Refugee App and Digital Campaign

The United Nations High Commissioner for Refugees is a UN programme with the mandate to protect refugees and aid in their voluntary repatriation or resettlement.

The UNHCR approached us looking for a new way to educate audiences on the plight of refugees. On strategising a modern approach, we proposed an iOS and Android app that would use first-person narratives to actualise the stories of real-life refugees.

‘MY LIFE AS A REFUGEE’ is a decision-making game that entertains and educates players, compelling them to wrestle with dilemmas faced by millions of asylum seekers. Each story is modelled on real life and the audience is encouraged to face the same life-changing situation in the app, head-on. 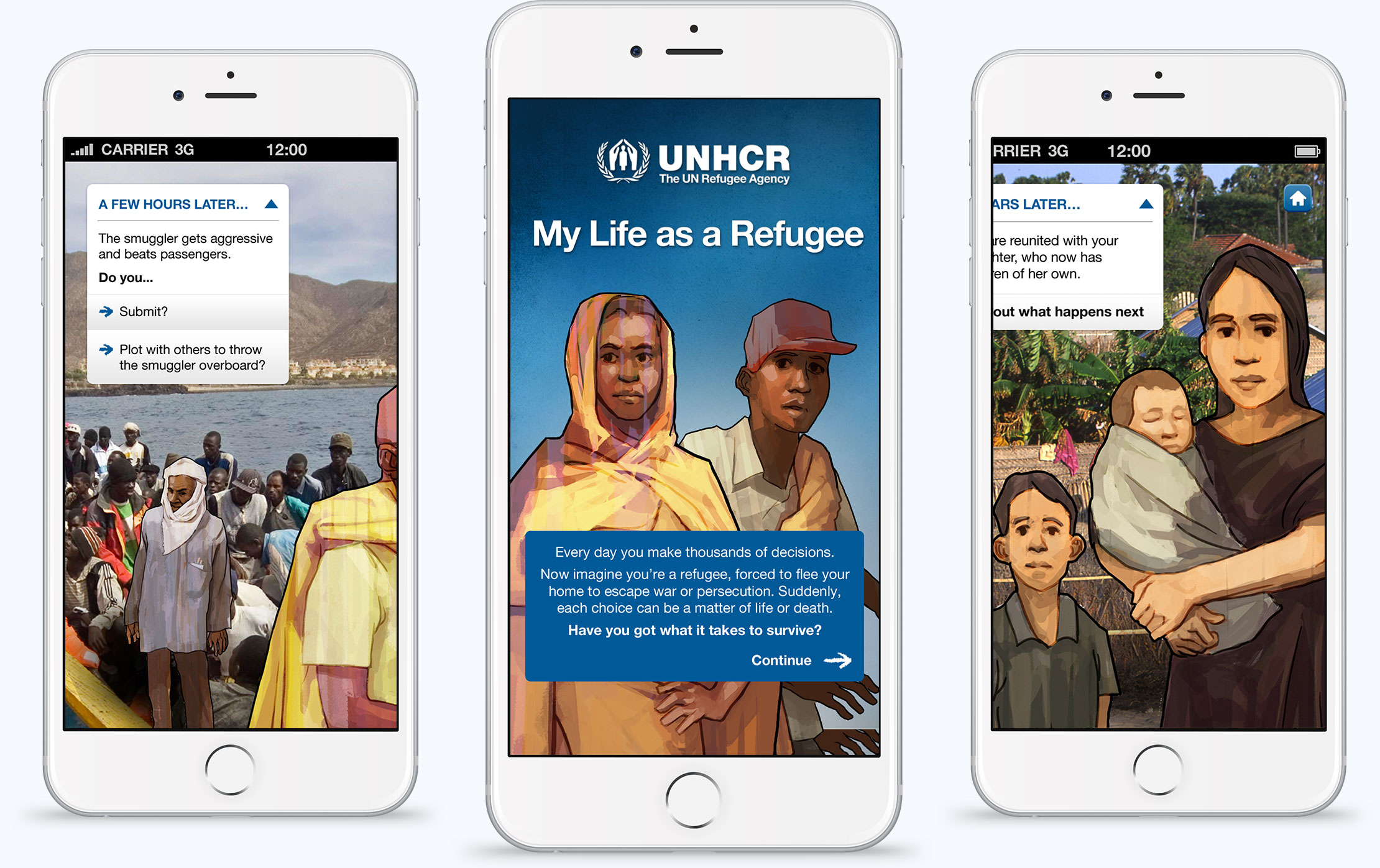 "The "My Life as a Refugee" app uses a unique, interactive concept to engage audiences that would otherwise be unaware of the crisis."

To publicise the app we designed and built a dedicated website to showcase its features and act as a portal. Here journalists and bloggers could download press releases and view unlocked versions of the product to review. 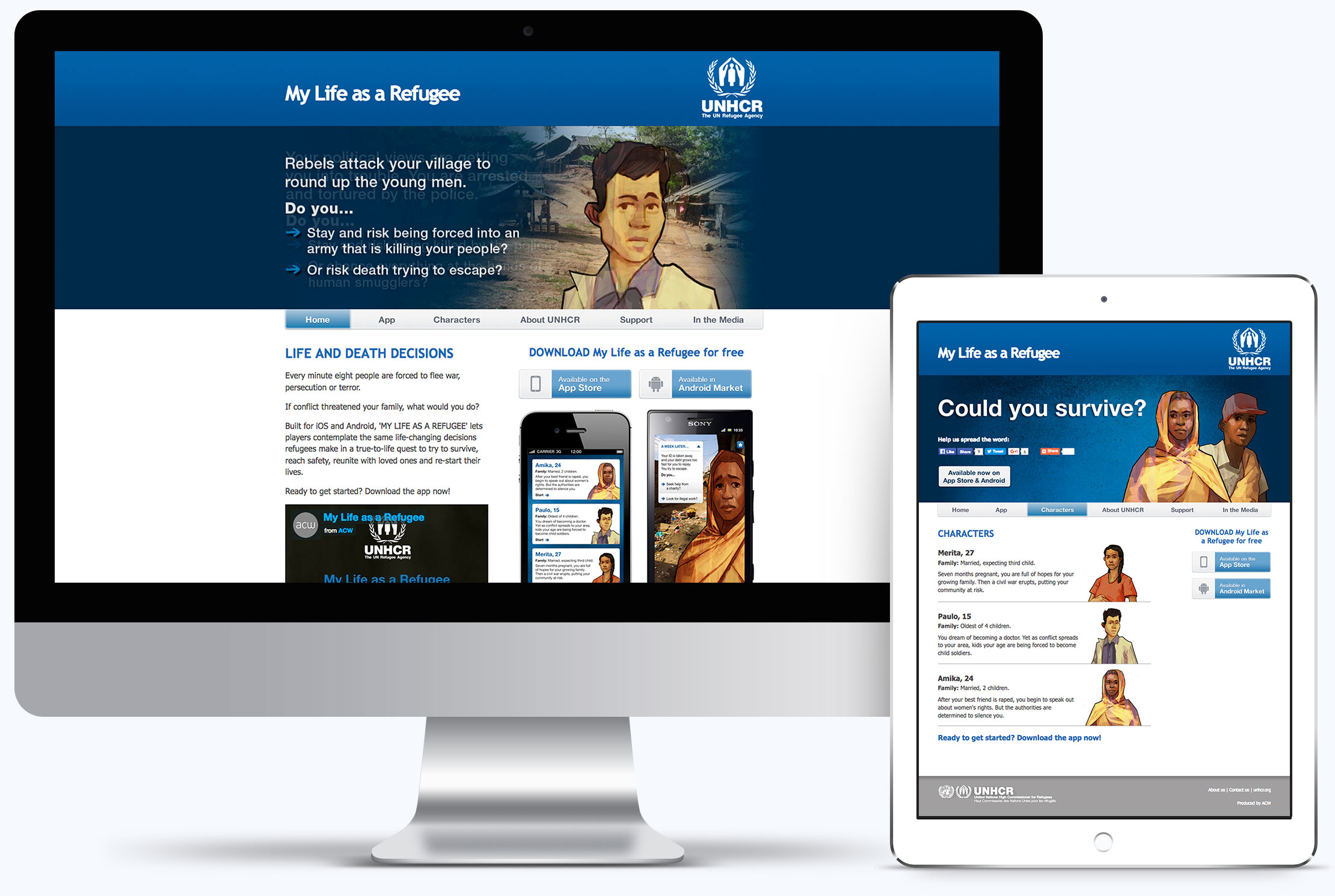 We also developed an animation with an original soundtrack to highlight the app’s key features. The video not only broadcast on the site but also on YouTube, Vimeo and on various UN partner web portals.

An integral part of the success of any app is promotion. The UNHCR gave us control over the marketing and our PR efforts subsequently garnered 1,000 reviews and positive responses from both the press and the public. 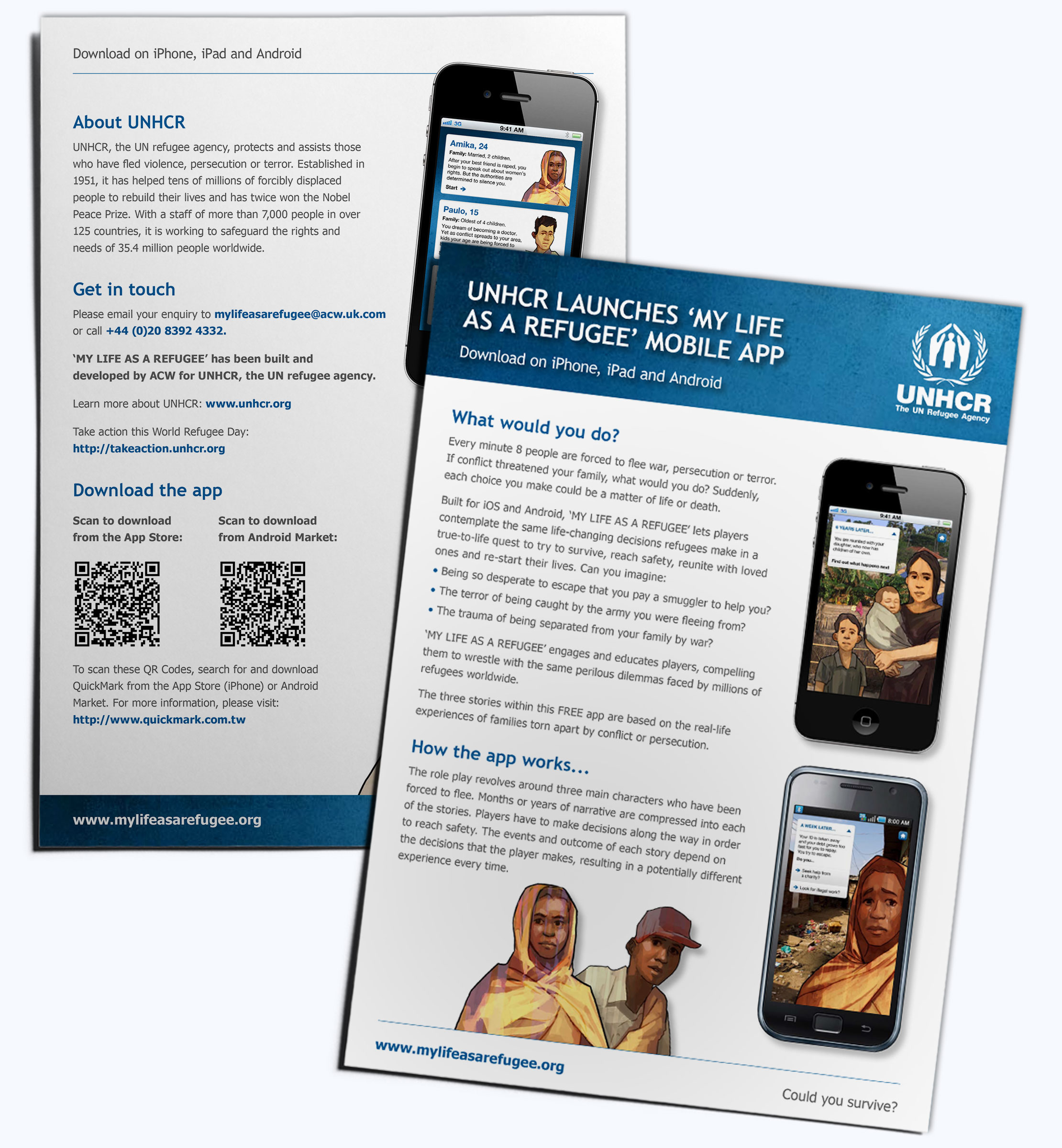 "…pulls no punches over the horror some people are forced to face and… is an effective tool in raising awareness."

Being an app the competition is fierce, however, the buzz generated by ACW aroused interest from both the public and global news vendors such as the BBC and The Guardian who reported on its positive impact.